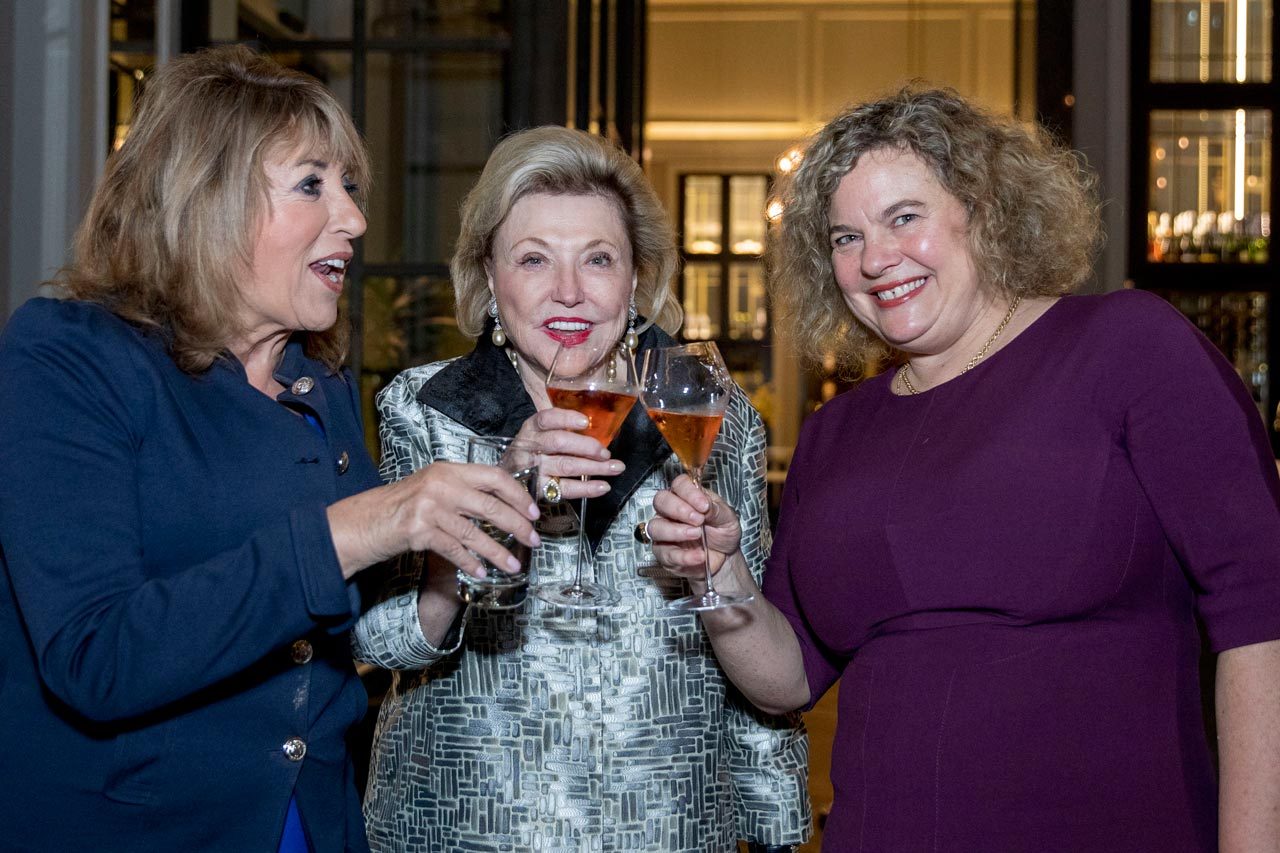 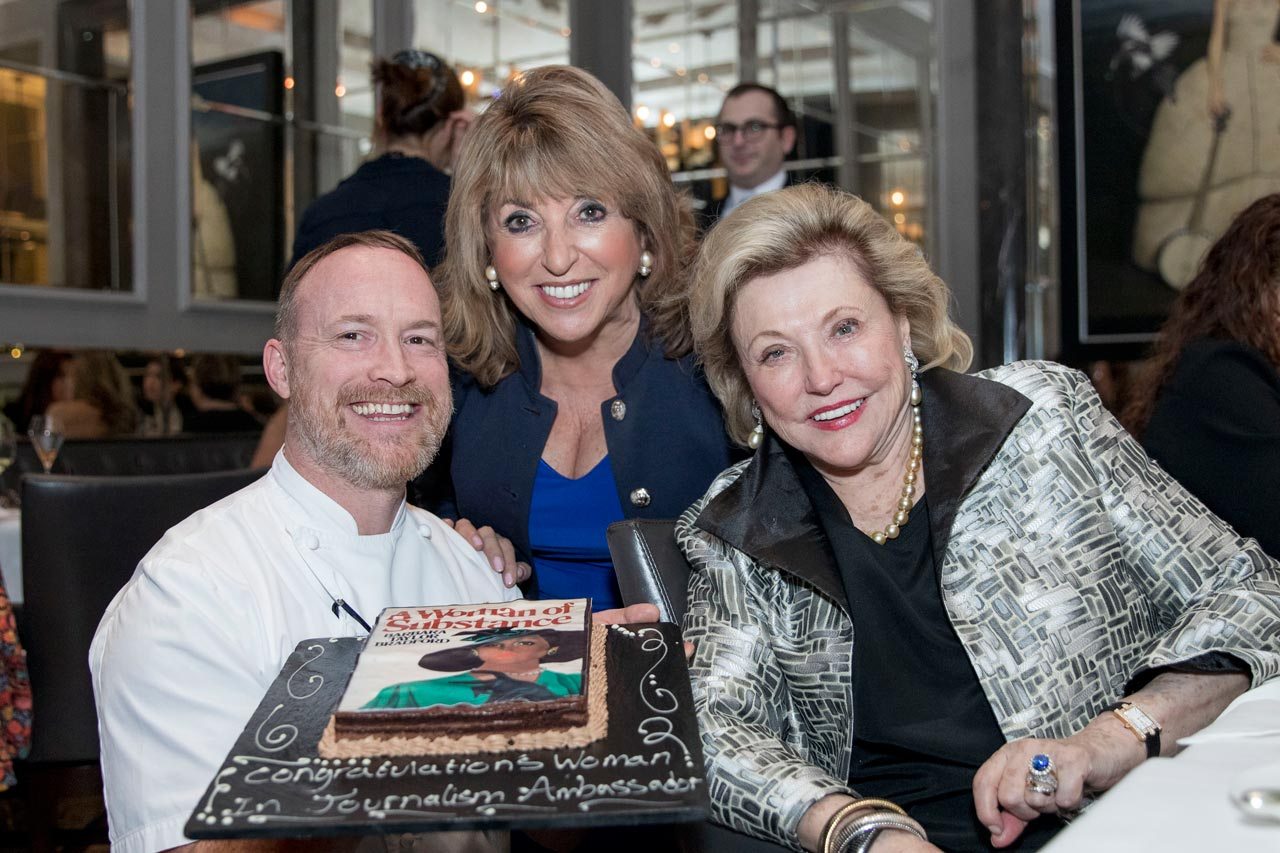 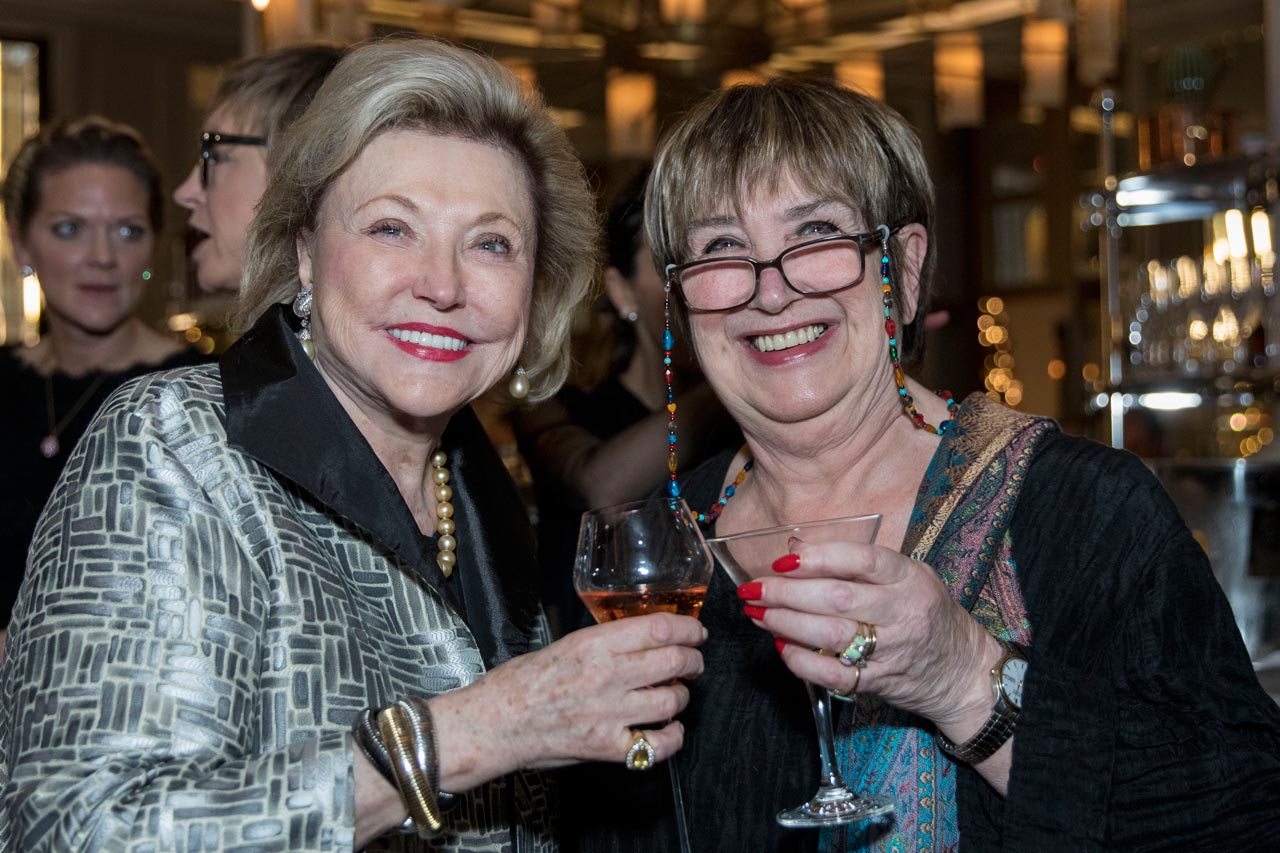 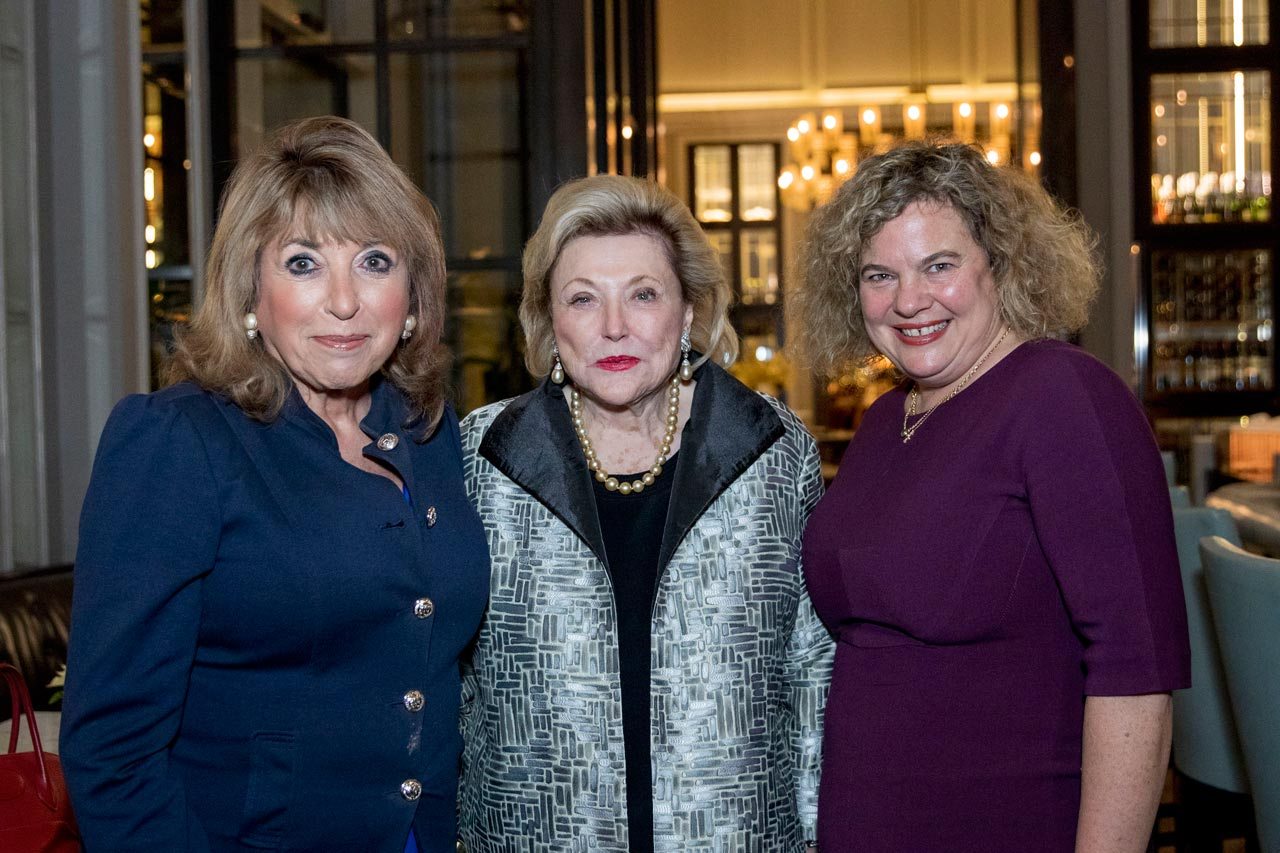 Twenty-eight of the leading female editors and writers working in the British media attended the dinner which was hosted by Chair of Women in Journalism Eleanor Mills, Editorial Director of The Sunday Times and Editor of The Sunday Times Magazine, and WIJ founder, Eve Pollard, the author and former editor of the Sunday Mirror and Sunday Express.

Barbara, 86, was celebrated by the organisation, given she has been working as a journalist and author for 70 years, and continues to do so as she publishes her 34th book, In the Lion’s Den this week (28 November 2019).

She was made Women in Journalism’s first ever Ambassador and will raise the profile of the organisation and promote it on both sides of the Atlantic.

Chair of Women in Journalism Eleanor Mills said: “We are truly honoured to have the warrior woman that is Barbara Taylor Bradford as our Ambassador.”

Eve Pollard, founder of Women in Journalism, added ”WIJ is delighted to honour Barbara Taylor Bradford for her indomitable spirit and her devotion to work.  Like many pioneering journalists she started out on her local paper, The Yorkshire Evening Post, and then made the huge jump to London, aged 20, to work on Woman’s Own, a magazine then selling millions of copies each week.”

Barbara Taylor Bradford said: “I was surprised but truly thrilled to be recognised by my peers.  It is wonderful to be made an important part of Women in Journalism, an organisation I have admired for a long time and one that I fully support.

“I started off in the reporters’ room at the Yorkshire Evening Post in 1948 and I was the only girl working in it.  Luckily, I was able to be the journalist that I’d always dreamed of becoming as I had the support of the editor Barry Horniblow, journalist Keith Waterhouse, my sharp-witted mentor, along with other writers like Willis Hall.

“A few years later, I made it to Fleet Street but I remember I was still the only woman working in the newsroom at the time and it would have been amazing to have an organisation like Women in Journalism to support me as a female writer who wanted to go places.

“I’m a journalist down to the very bottom of my toes and like nothing better than being in a room with my peers so being honoured by Women in Journalism is actually really my honour.”

The dinner also celebrated 40 years since Barbara Taylor Bradford’s iconic novel  A Woman of Substance was first published.  It became a number one bestseller in the UK and US, staying on the New York Times’ list for 43 week. It is ranked in the top ten bestselling works of fiction of all time with more than 32 million copies sold.  In 1985, it was adapted as an Emmy-nominated television mini-series starring Jenny Seagrove and Liam Neeson and was aired by Channel 4 over three nights. The broadcast drew 13.8 million viewers, which remains the channel’s highest ever audience.  Last week (22 November 2019) Barbara Taylor Bradford announced she is currently planning to write the prequel to A Woman of Substance which will be published by HarperCollins in 2020.

The stately homes I love